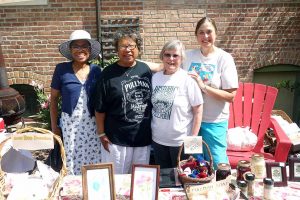 The Pullman Civic Organization consists of residents and home-owners of the Pullman community who have banded together to promote the general welfare of the community, to preserve its historical significance, and to educate and promote the significance of the area. The Organization is registered as a Not-For-Profit Corporation under the laws of the State of Illinois.

(from Paul Petraitis) The neighborhood organization was formed in 1960 as a response to developers’ plans to vastly expand the size and scope of Calumet Harbor, resulting in the destruction of much of the Pullman neighborhood.

It started in response to a Roseland developer’s plan to, block by block, rezone North and South Pullman from residential to industrial, anticipating an expanded Calumet Harbor. The original office was in the building on 113th street. The big event in the 1960s was the annual Pullman picnic in Arcade park. John Esterhammer of the PCO began writing to local newspapers in 1965,  talking up the idea of a railroad museum in the recently vacated Administration building.

In 1968 the PCO was awarded an Illinois Arts Council grant to set up a community archives needed to apply for Landmark designation. This grant spawned the original PCO Beman Committee.

The first officers of the organization were:

The standing committees in 1960 were: